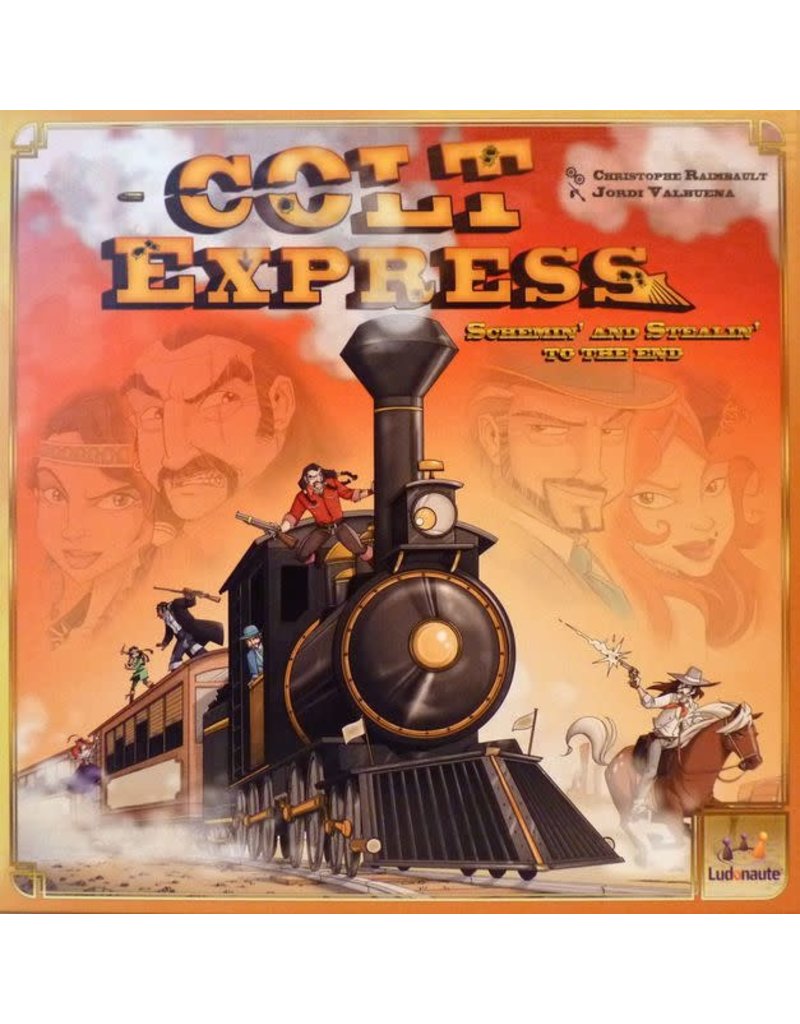 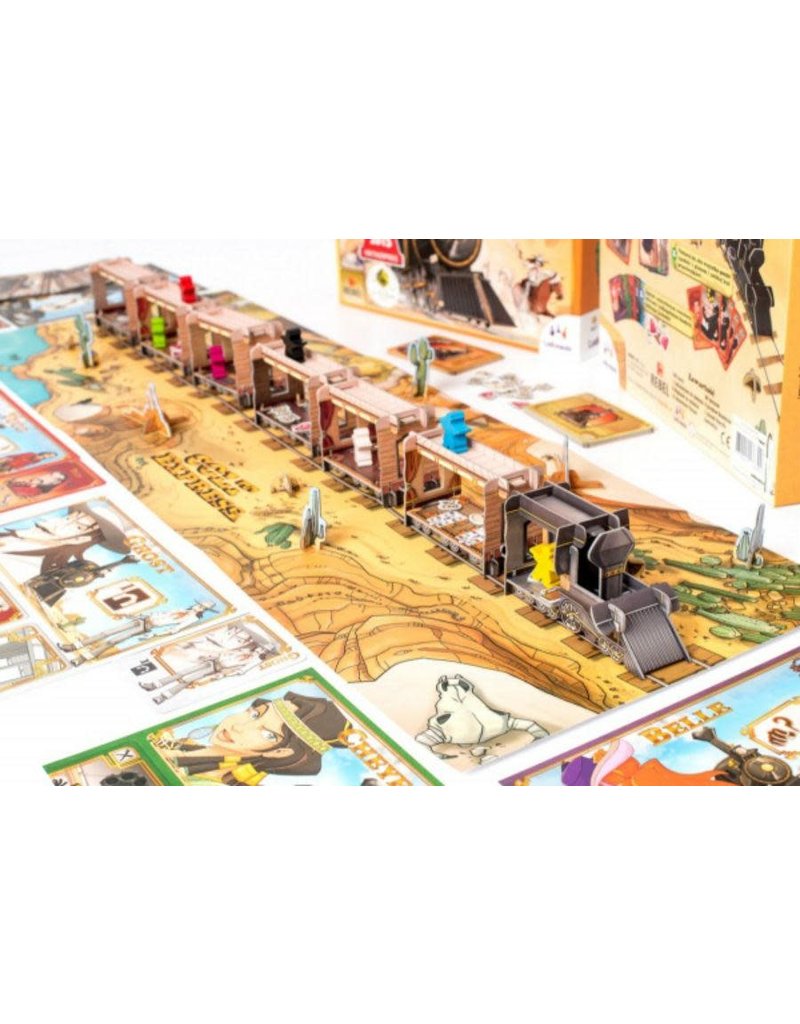 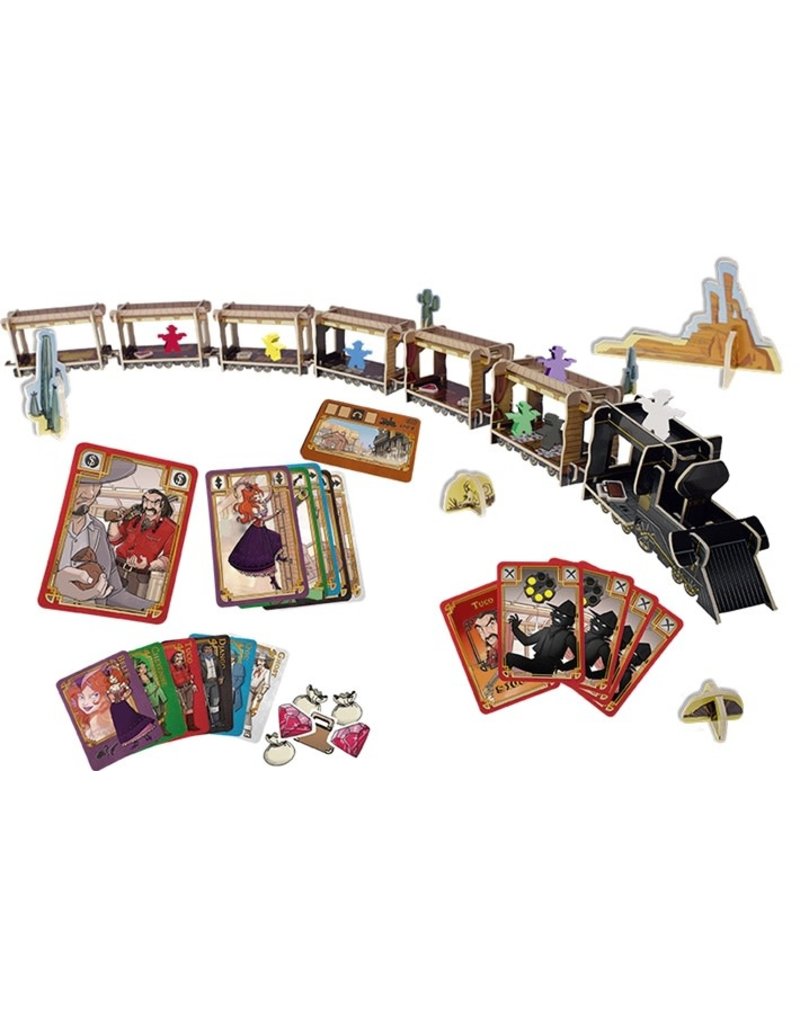 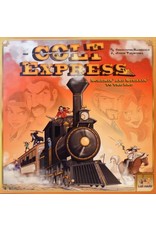 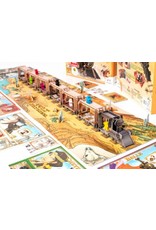 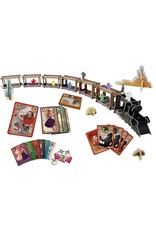 It is 1899 and the Union Pacific Express is headed to the Nice Valley Coal Company to deliver their payroll and 47 passengers. Suddenly, the train is attacked by thievin' bandits! Will the outlaws keep their cool or will Marshal Samuel Ford save the day and prevent the robbery? Players will plan ahead and play cards to steal the most loot, shoot their opponents, move around the train and elude Marshal Ford. Will you be the richest bandit in the outlaw gang?

The game consists of five rounds, and each round has two phases:

At the end of the game, whoever fired the most bullets receives a $1,000 braggart bonus, and whoever bagged the richest haul wins!