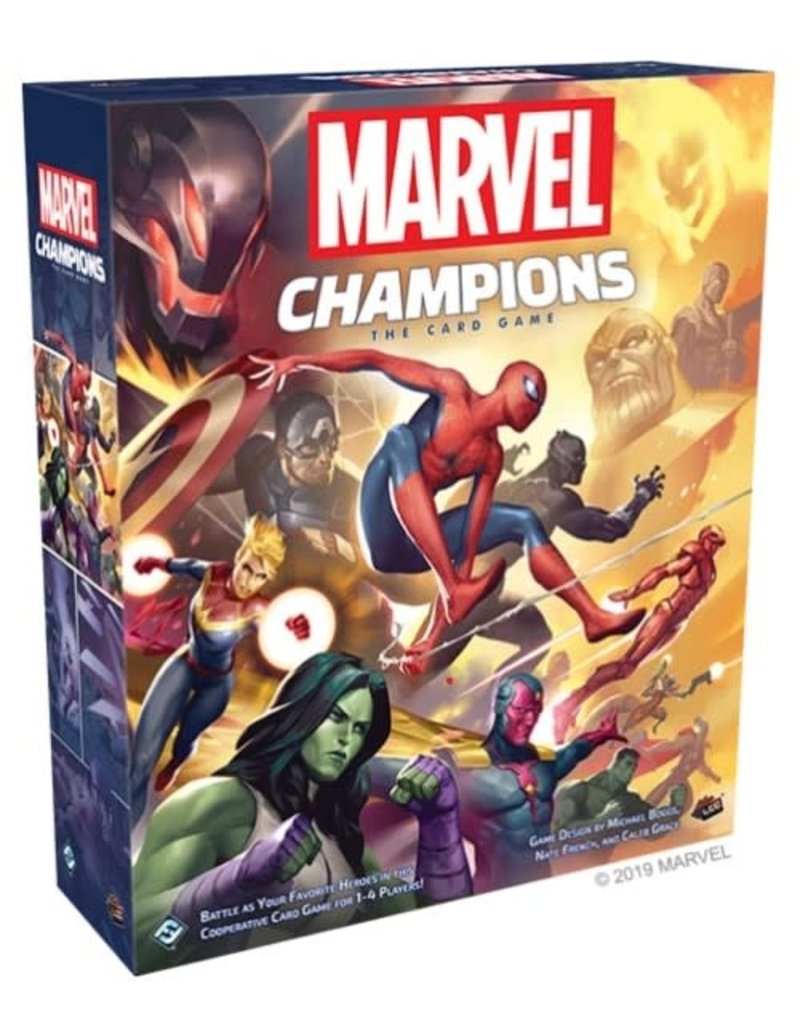 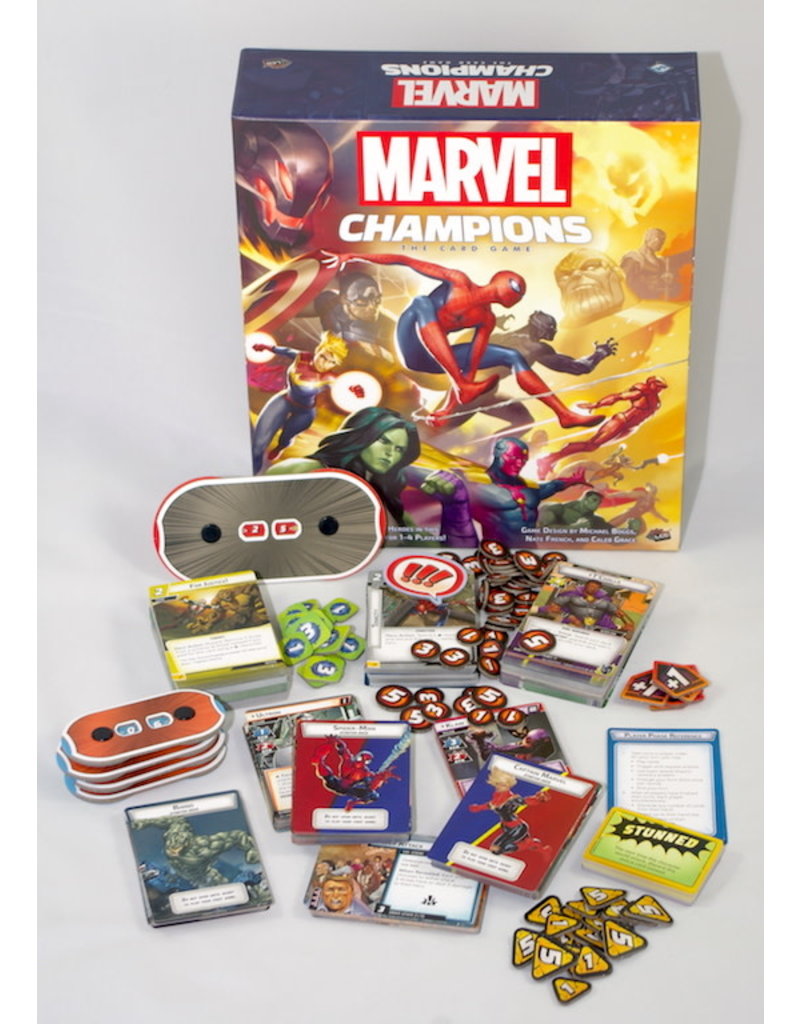 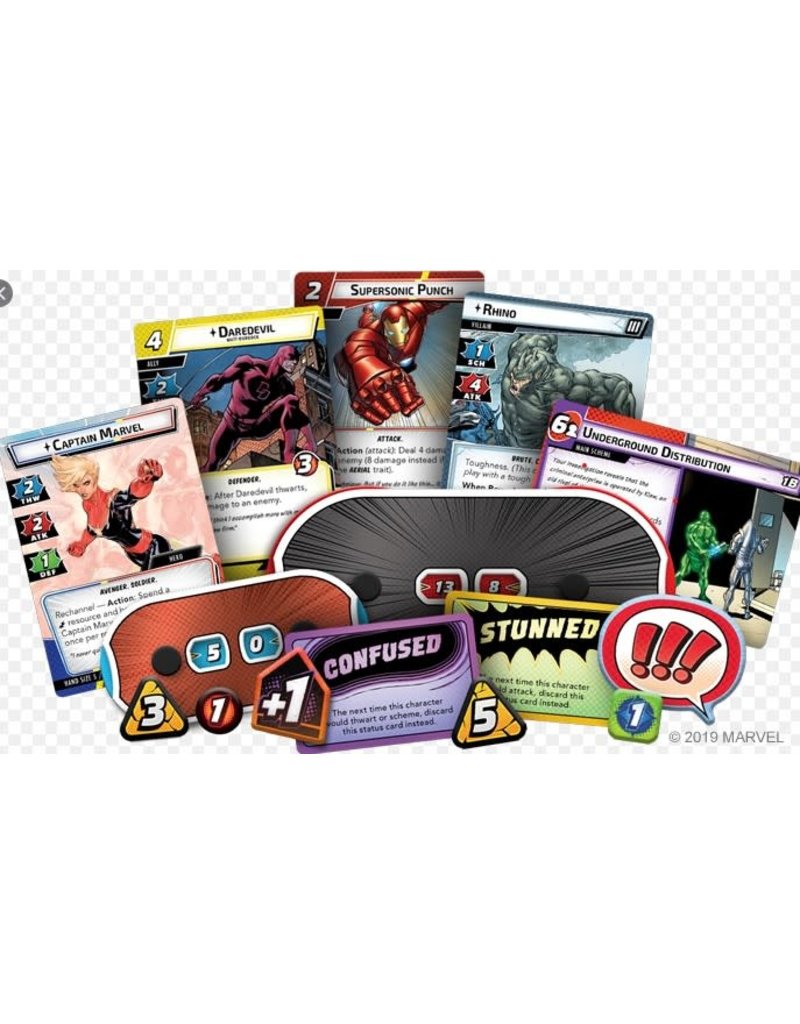 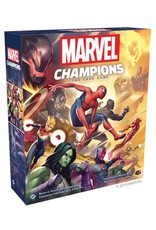 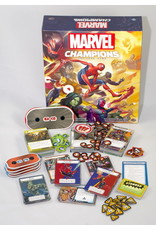 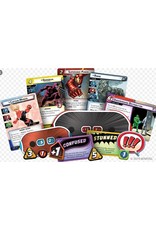 Do you have what it takes to join the ranks of these legendary heroes and become a champion?

Jump into the Marvel Universe with Marvel Champions: The Card Game, a cooperative Living Card Game® for one to four players!

Marvel Champions: The Card Game sees players taking on the roles of the iconic heroes of the Marvel universe as they try to stop infamous villains from enacting their devious schemes.
With over 350 cards, 100 tokens, five hit point trackers, and more. Choose to play as Iron Man, Captain Marvel, Spider-Man, Black Panther, and She-Hulk!
Combine your powers to take down the rampaging Rhino, the devious Klaw, or the utterly terrifying Ultron!

The game brings the epic battles of the Marvel Universe to your tabletop.