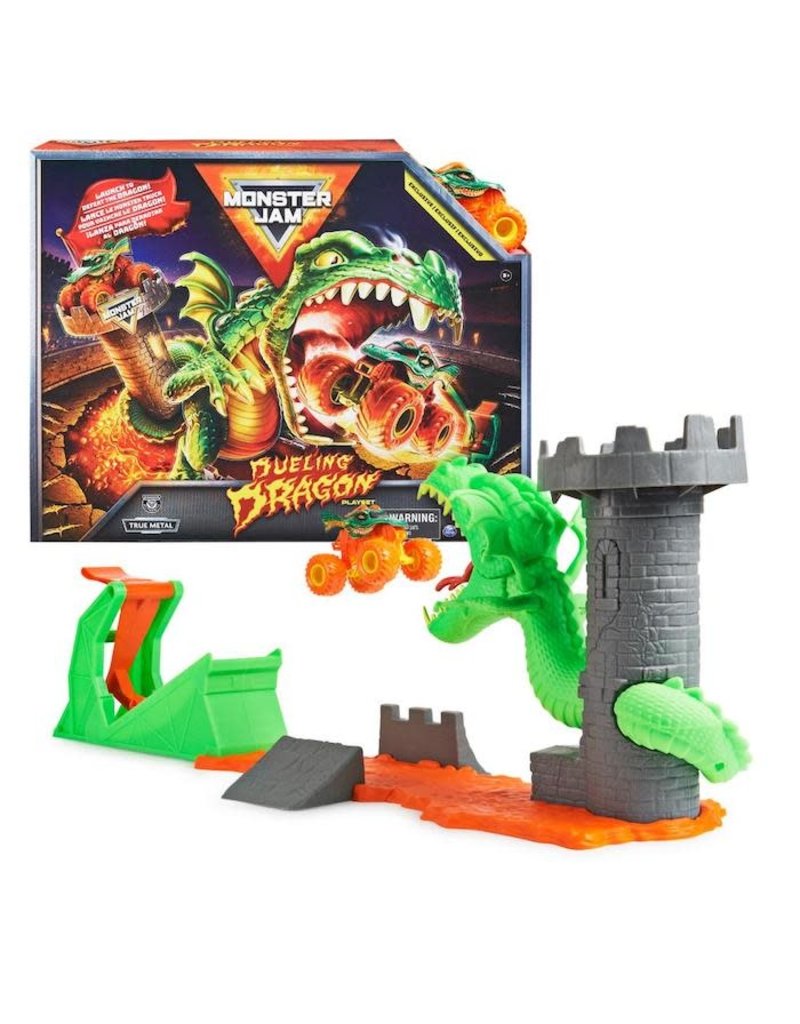 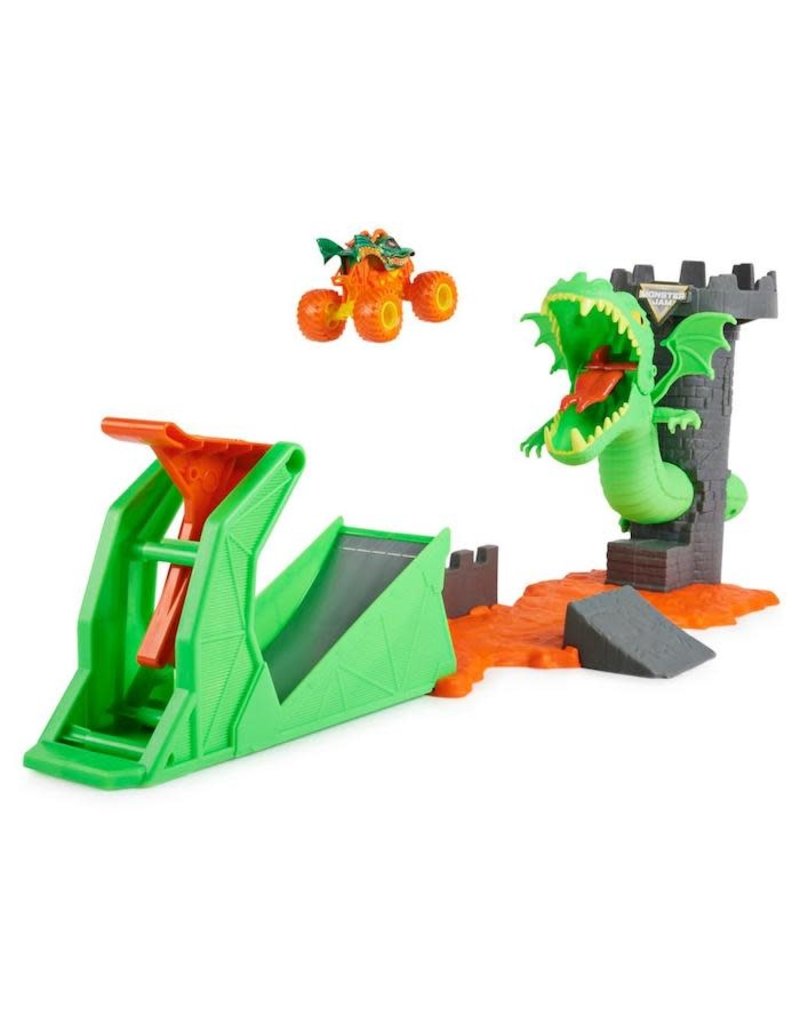 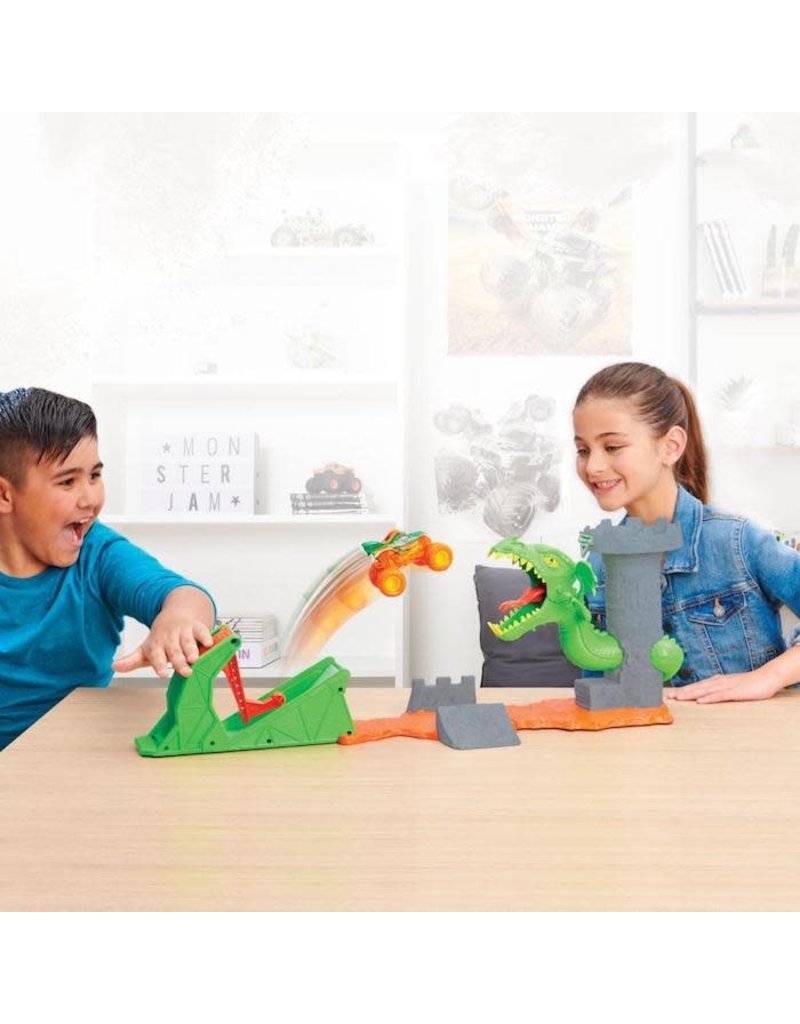 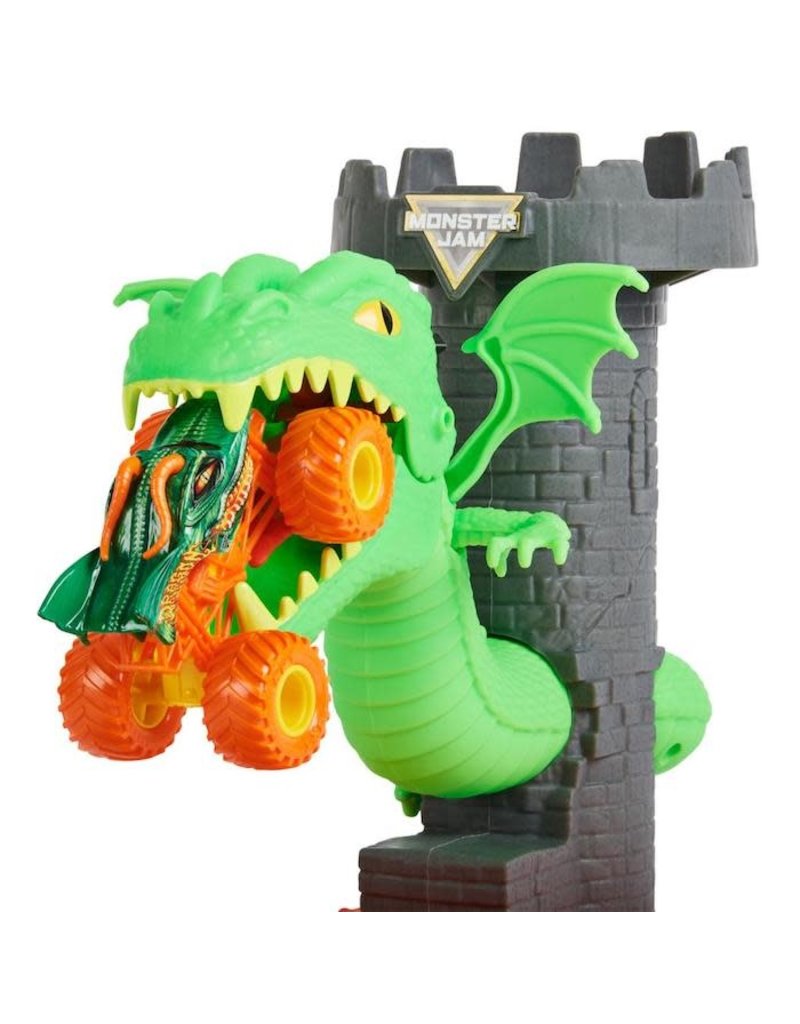 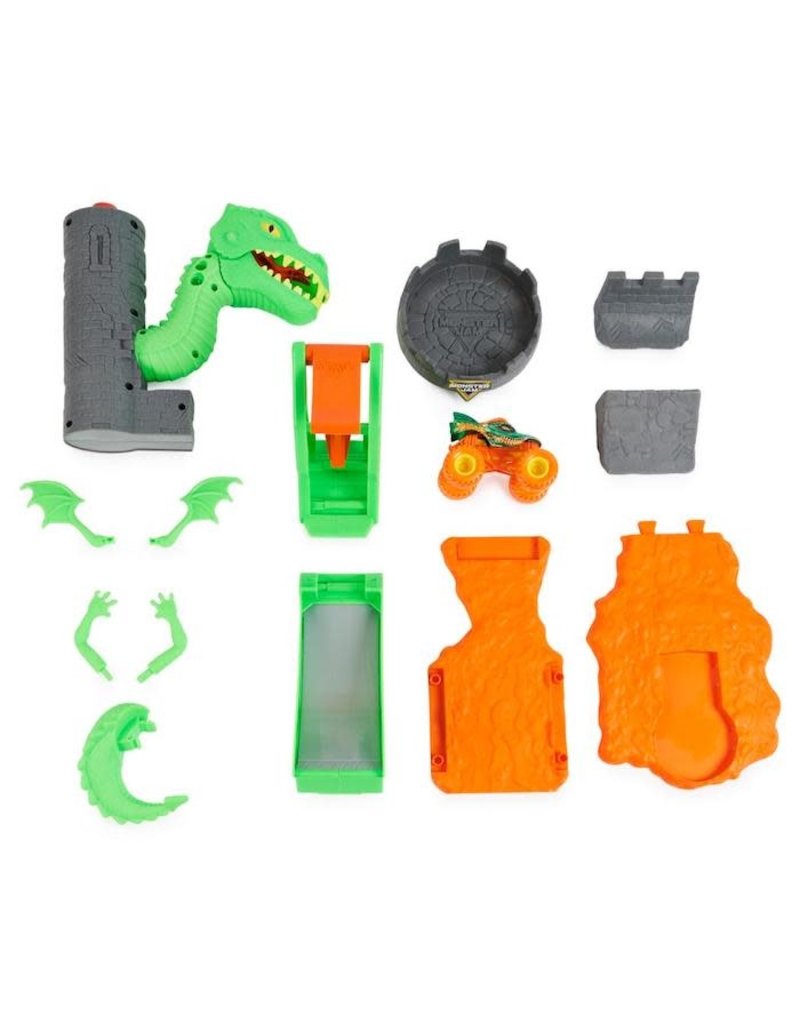 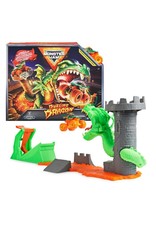 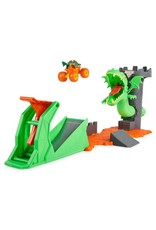 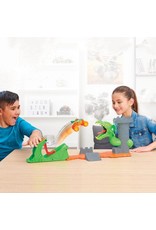 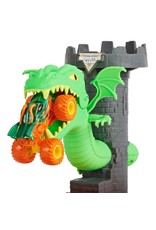 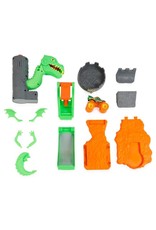 This awesome playset brings the epic Monster Jam action to life. Face the playset’s dragon head on and jump the lava with the set’s exclusive 1:64 scale Monster Jam Dragon monster truck! Pull off stunts, jumps, and flips over the lava, then prepare for your Dueling Dragon showdown! Slam the launcher to send your Dragon truck up the ramp and challenge the dragon. Be careful you don’t get caught in its mouth! Launch your toy truck just right and land on the castle turret to make the dragon fall to its defeat! To reset, rotate the dragon back into position, open its mouth, then slam and launch again and again! For even more ways to play, recreate your favorite stunts over the lava using the two smaller ramps on either side of the playset.

Add your review
0 stars based on 0 reviews
monster trucks / 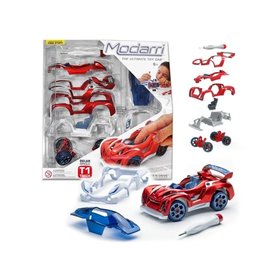 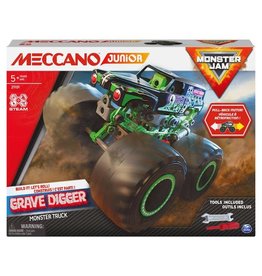 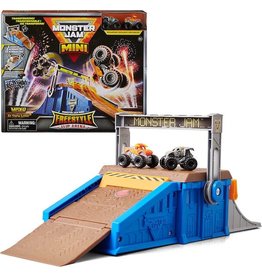