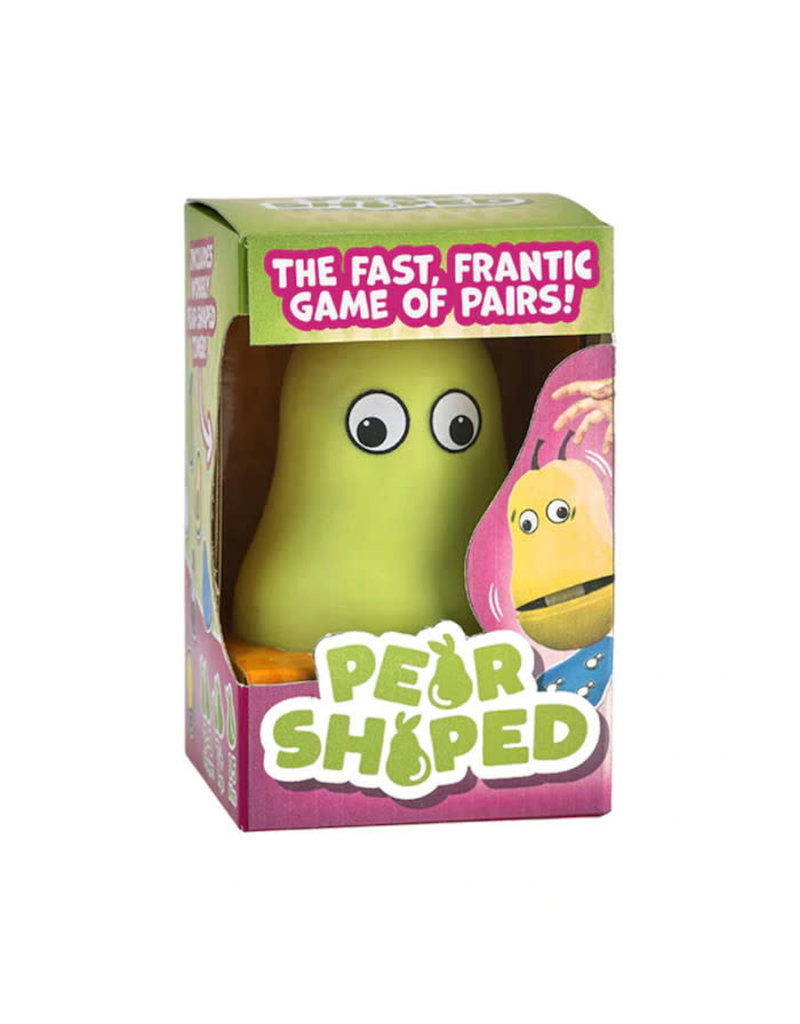 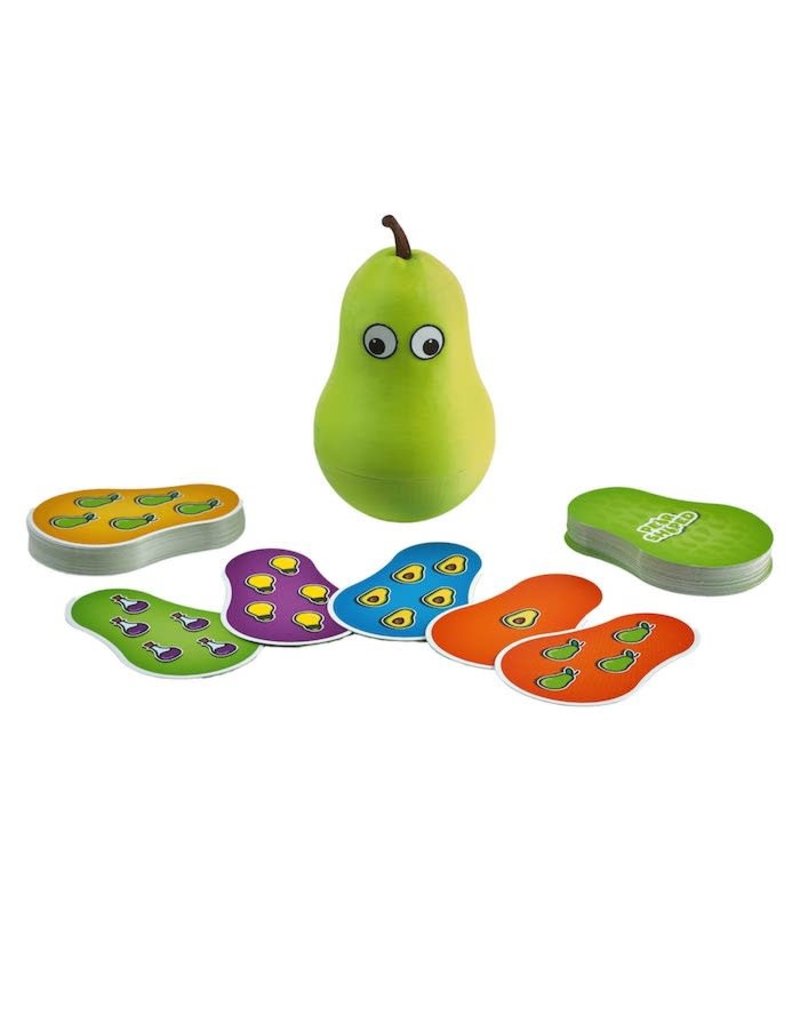 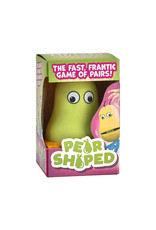 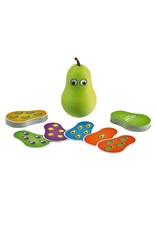 Pear Shaped is the fast and frantic pair-making, pear-grabbing card game that gets out of hand very quickly! Players aim to get rid of all their pear-shaped cards by matching pairs of pear-shaped objects, numbers and colors before the pear timer stops rocking! But be Pre-peared! When the pear timer stops, all players must stop playing cards and point at the pear while rocking side to side like the pear timer! When a pair of the exact same card is played, all players race to grab the pear timer! Don't be last in your actions or you will collect extra cards! The first player to get rid of all their cards wins!