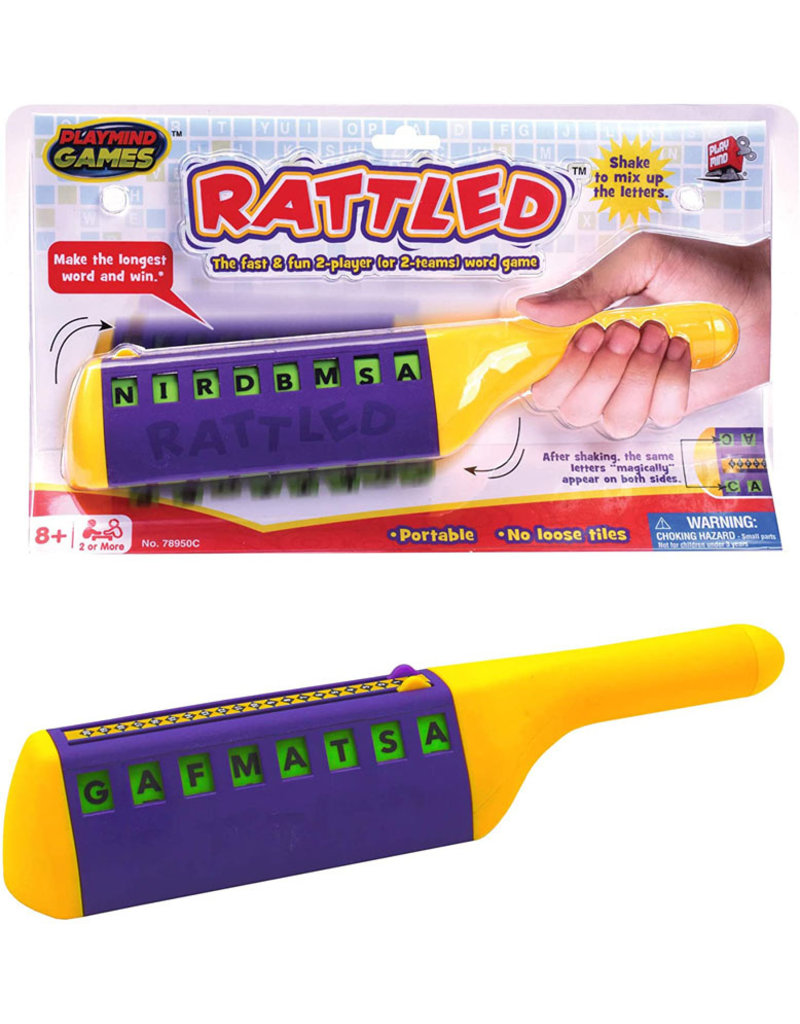 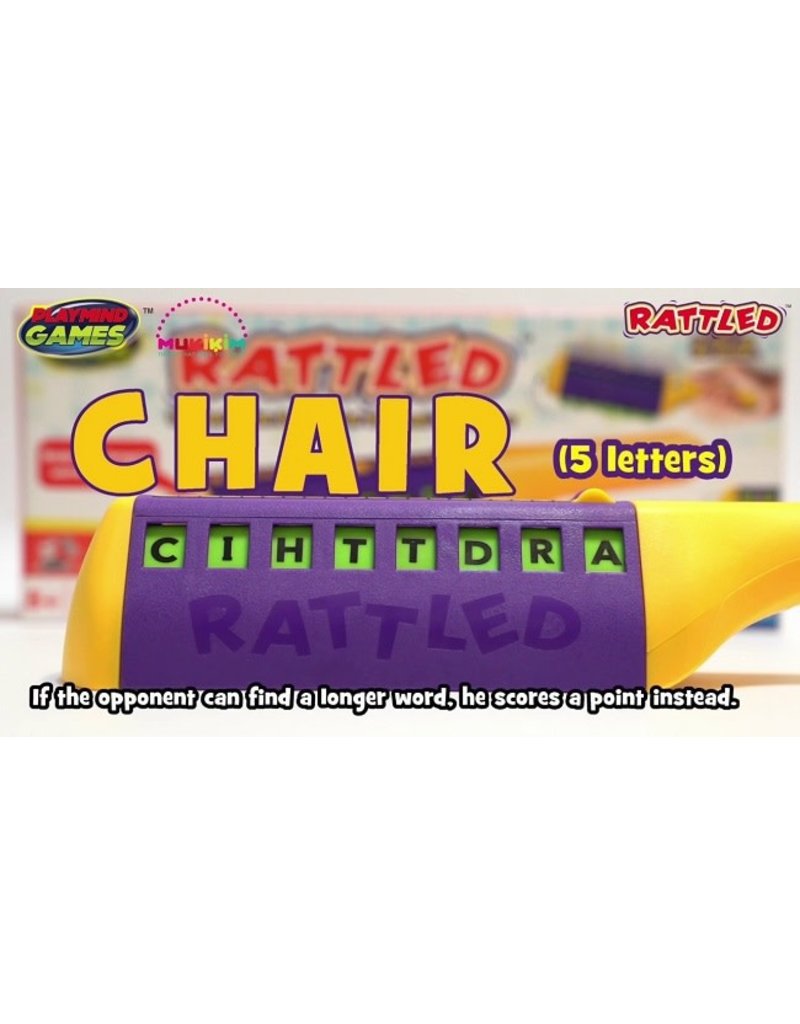 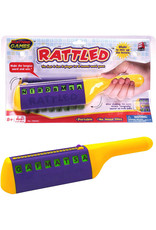 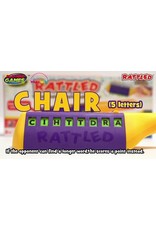 A super-simple, self-contained word game. The first player shakes the rattle, which causes eight random letters to appear through the windows on both sides. The first player creates a word using as many of the letters as they can in 30 seconds. Then, their opponent has 30 seconds to create a word using even more of the letters. Whoever created the longest word gets a point, and play continues with players taking turns rattling the word jumbler and creating the first word. The first player to gain 20 points wins. There are no loose components here as everything needed to play is within the rattle device itself – the letters, the score track, and even the timer! That said, it’s especially suited to being a travel game for car trips or during those long layovers at the airport. Game can be played with two players or two teams in about 20 minutes. Game includes rattle device with score track, letters tiles, removable timer, and instructions for play.

Portable Family Game: Rattles is a fast-paced and challenging word search game. Two players/teams take turns and race to make the longest word possible out of the 8 letters showing; who finds a longer word in 30 seconds wins a point.

All In One Set: The word game includes a handle-shaped game and a 30-second timer.The timer is stored in the handle, and players can record the scores by using the build-in score tracker!

Race To Win: The first player to make a word that s/he wants to go twitch spells the word out loud and turns over the timer. The opponent has to find a longer word in 30 seconds. The player with the longest word scores a point for the round. The first player to score 20 points wins!

Hold, Shake & Put The Game On The Table: Special design for the same random letters appear in the windows on both sides of the game. After each shake, put it on the table and the round starts! Race to find the first longest word!

Rattled is an educational game that promotes critical thinking, word recognition, and spelling training. It is also challenging for adults or family grouped as teams to search words and to win the terms. 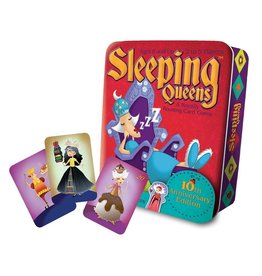 Ages 8+
Use strategy, quick thinking and a little luck to rouse these napping nobles from their royal slumbers!
Add to cart
Sleeping Queens Deluxe Edition 8+
$16.99 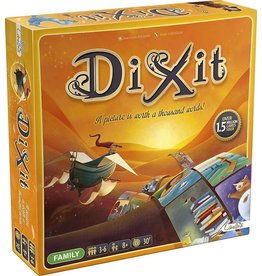 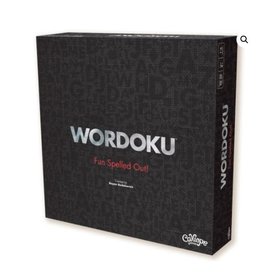 It's crossword with sudoku! Create as many words as possible using puzzle tiles printed with both letters and symbols. Double your score using the symbol tiles. Wordoku is easy to learn but challenging to master—it’s Fun Spelled Out!